Posted on May 8, 2017 Posted By: pilamtempleadmin Categories: Events 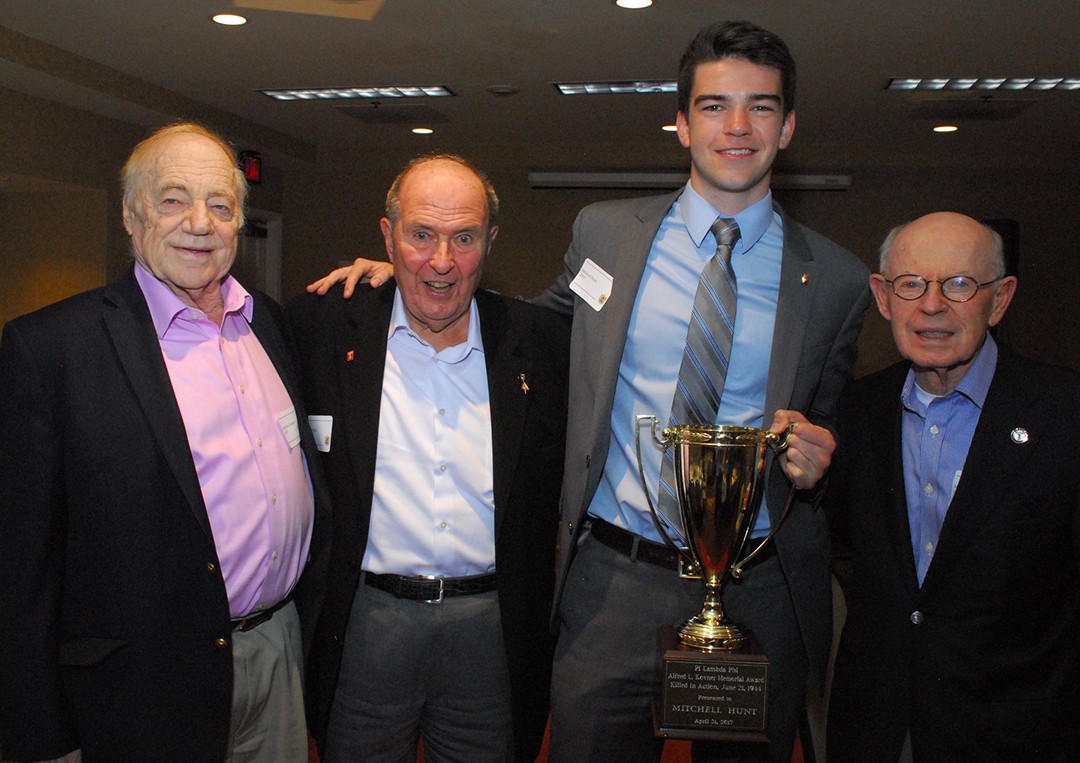 A new location, the old house, and a late infusion of RSVPs breathed some life into the 70th annual Kovner Memorial Banquet this year.

The Old House in the house

There is something strange about being a Pi Lam — a certain similarity between brothers, regardless of era. Jerry and Marv spoke of their classmates who had become successful businessmen, doctors and lawyers. Still, you could tell many of their best lifetime experiences came during their years as a Pi Lam. Their stories are not so different than those told by the brothers of the 70s, 90s, or today.

We caught Jerry’s Good and Welfare on video.

The Kovner planning committee is already starting to talk about 2018. If you have any suggestions, or would like to particpate in the planning, please contact us.

If you missed it this year, plan to attend in 2018 with a bunch of your classmates! Every year missed is a lost opportunity to catch up with old friends, and remind the active brotherhood of how great we thought we were.