The House that Leads

The Pi Lam Chapter House, known as the John Stafford Mansion, is a historical, three-story, brick and brownstone Victorian structure built at the turn of the 19th century.

John Stafford was one of the most important developers of North Philadelphia in the years following the Civil War. He commissioned architect Willis Hale to design a mansion for him in 1895. Hale was known for designing lavish residences for the “newly rich” of the era. 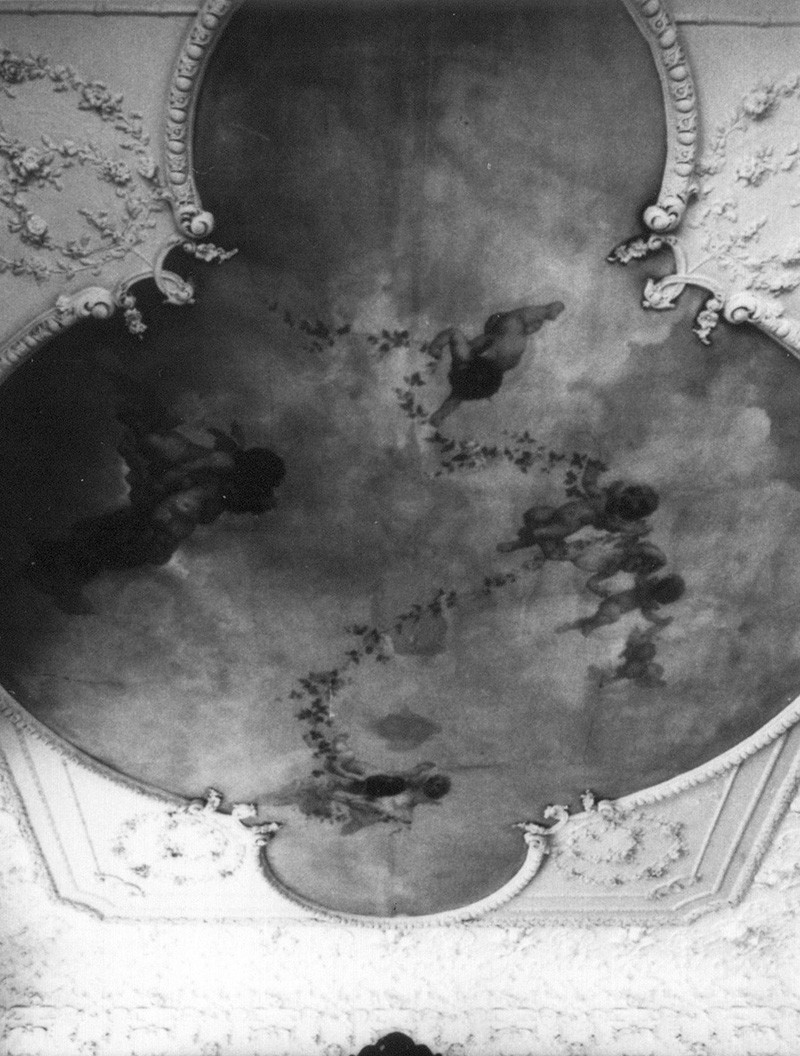 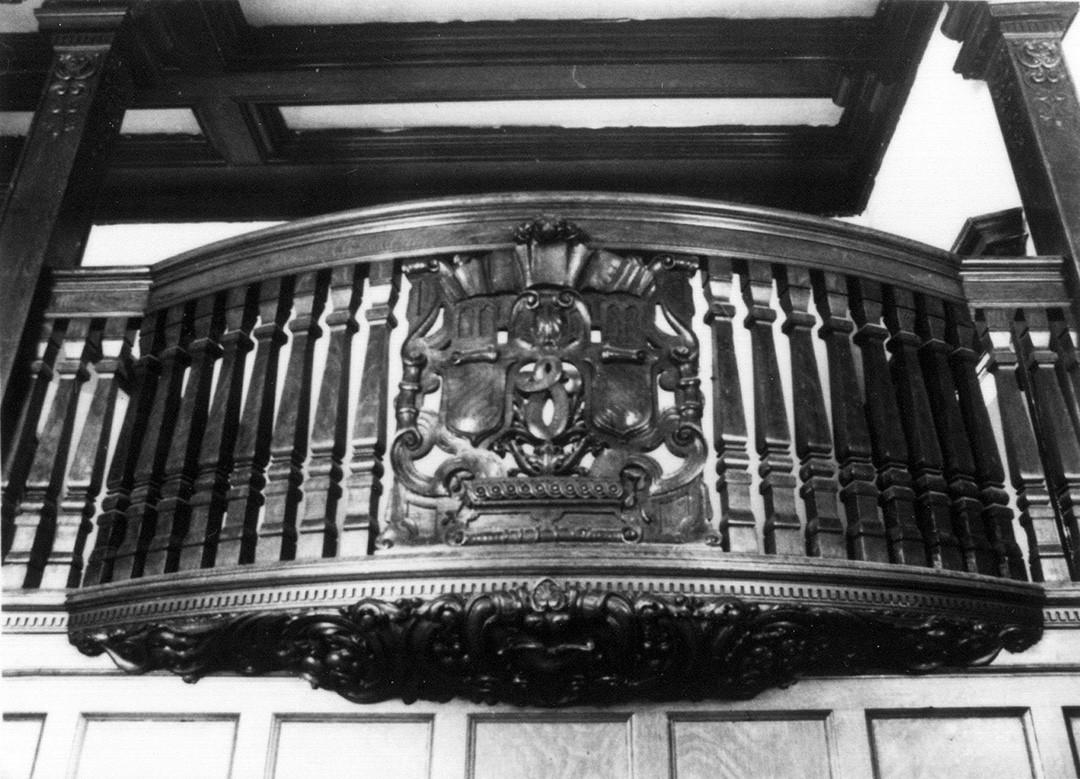 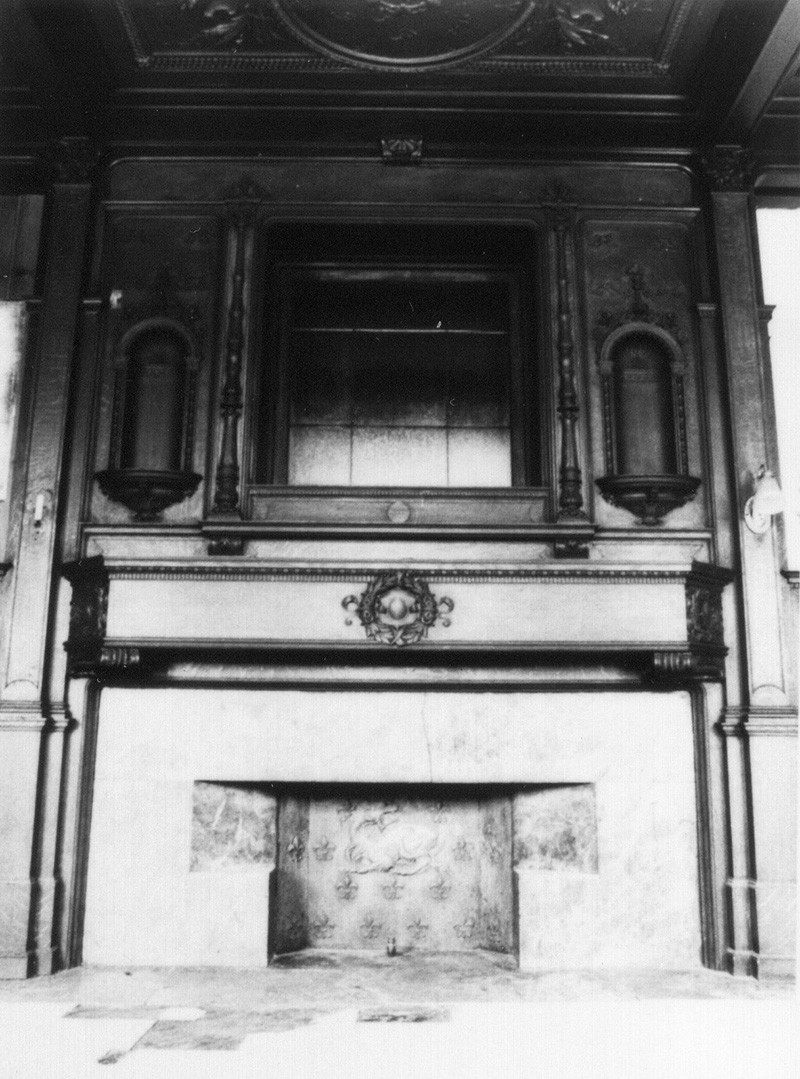 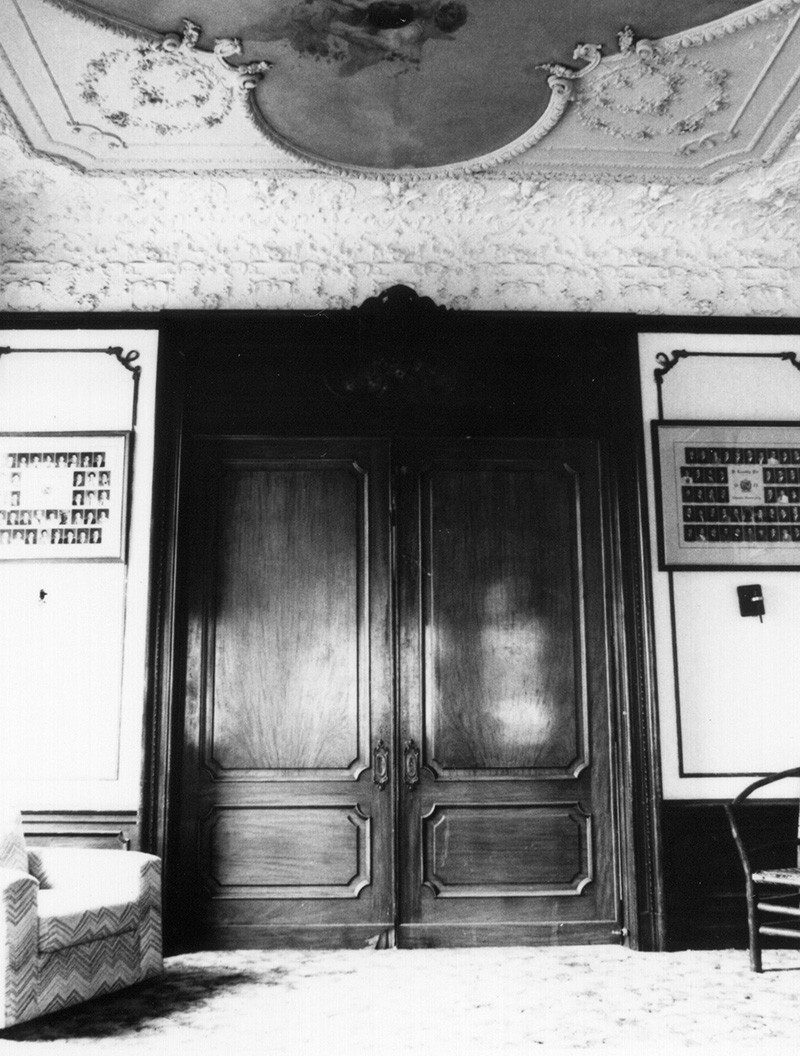 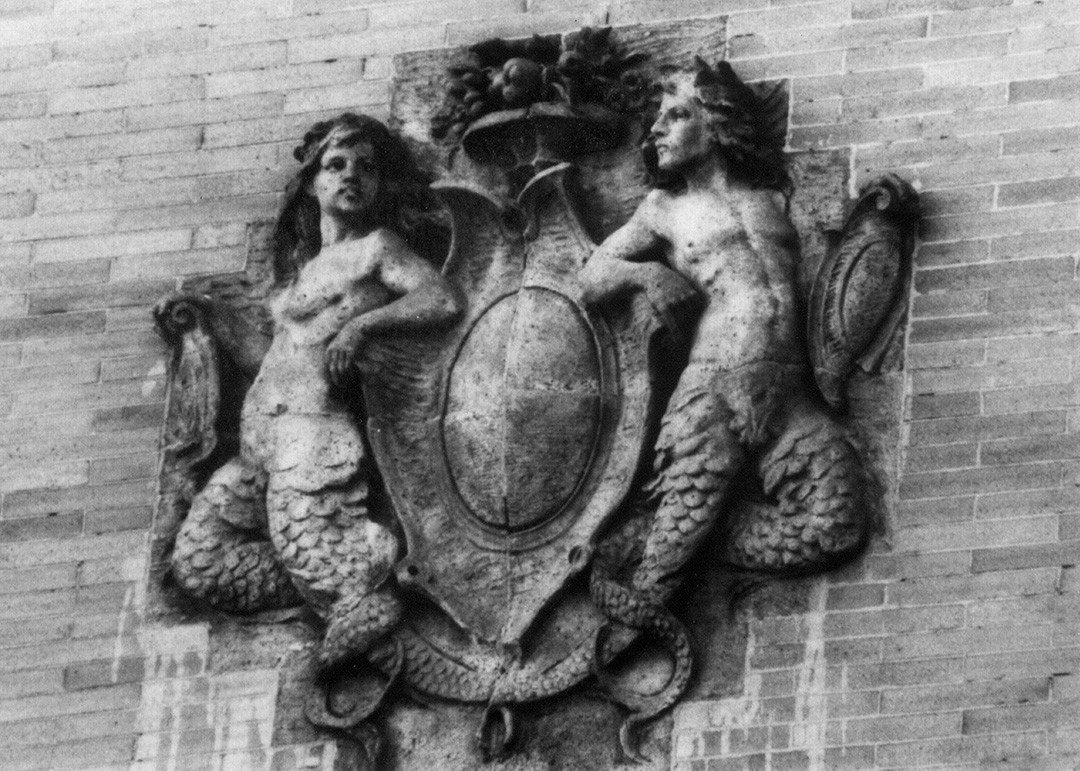 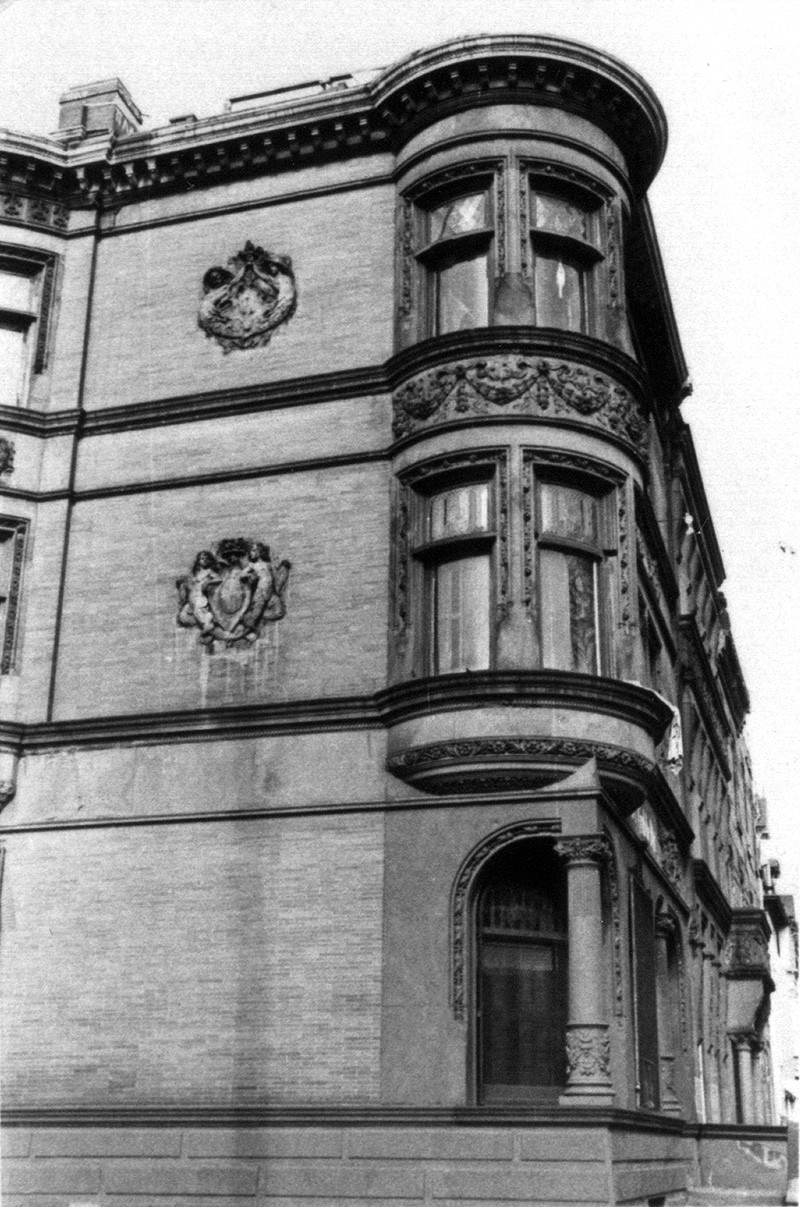 The elaborate features of the house at 2000 North Broad included rounded window turrets, carved terra-cotta sculptures, hand-crafted interior woodwork, ceiling murals, and a fourth story ballroom that were unique to the opulent style of the architect, Willis Hale.

Hale’s most famous works include the Divine Lorraine Hotel, and another extravagant mansion in North Philadelphia built for P.A.B. Widener at Girard and Broad Streets. The Stafford Residence is considered one of North Philadelphia’s finest surviving mansions.

In 1986, the Stafford Mansion and a 2-story brick carriage house located in the rear of the mansion were designated historical sites by the Philadelphia Historical Commission.

The Acquisition of 2000 North Broad

In 1968, a group of alumni lead by Jerry Balka and George Beck began a search for a new chapter house after the previous residence at 1615 North Broad Street burned down. They formed the Alpha Delta Chapter of Pi Lambda Phi Fraternity, Inc. (a.k.a. House Corp) to find a new house and acquire property. The property at 2000 North Broad was selected and purchased for $60,000, with a 30-year mortgage in 1969.

Brothers of the PA Alpha Delta chapter resided at 2000 North Broad for more than 30 years, and as anyone who lived there knows, “it’s not the years, it’s the mileage.”

Over the years, brothers alternately managed (and abused) the property as best as they could. The cumulative effects of wear and tear, theft, duct tape maintenance, aging utilities, and financial insolvency took a cumulative toll on the condition of the house.

The Loss of 2000 North Broad Street

In 2001, after a $300,000 alumni fundraising campaign, the house received long overdue renovations including a computer lab, and numerous structural and safety issues. There was a lot of enthusiasm at the time for the chapter and the longevity of the house.

In spite of this investment by the alumni into the physical plant, after a crisis of leadership, risk management, and finance, the chapter folded in 2006.

Left with an inactive chapter, no revenue, numerous L&I infractions, property liens, and tens of thousands in debt to utility companies, the House Corp reluctantly voted to sell the house. After entertaining a number of prospective buyers, the house was sold to the Greek Housing Alliance in 2008.

Selling a house that was so readily identified with many of our fraternal memories required the House Corporation to separate sentiment from practicality.

The Greek Housing Alliance invested significant capital to rehabilitate the house, resulting in recognition from the Philadelphia Historical Commission and the Historical Preservation Trust. They leased the property to another fraternity in 2009, until it was expelled from Temple in 2018.

The Return to 2000 North Broad

After the PA Alpha Delta chapter was closed, our alumni focused all of our efforts on re-establishing the chapter on Temple’s campus. And with the support of the IHQ, in a few years Pi Lam would return to Temple in 2009 and be chartered in 2012.

A re-chartered PA Alpha Delta found its first home at 1520 North 17th Street where they resided until they outgrew it. In 2018, the chapter moved to 1423 North Broad. While 1423 was newly renovated and bigger, there were ongoing issues with the property owner that drove the undergrads to seek alternative housing.

When 2000 North Broad became available, the undergrads made inquiries, but could not initially come to an agreement due to cost. Two years later, with the support of the alumni and the House Corporation, they were able to negotiate a lease.

There is a staircase leading to the roof. Was there a fourth floor?

Yes. There was a ballroom on the fourth floor (see 1907 photo above). It is unclear whether it was destroyed by a fire or a hurricane.

What happened to the carriage house?

The carriage house, with a similarly ornate design as the main residence, was pillaged of ornamental features over the years, and unfortunately fell into serious disrepair that left it near collapse. For public safety, the structure was demolished in 1993. 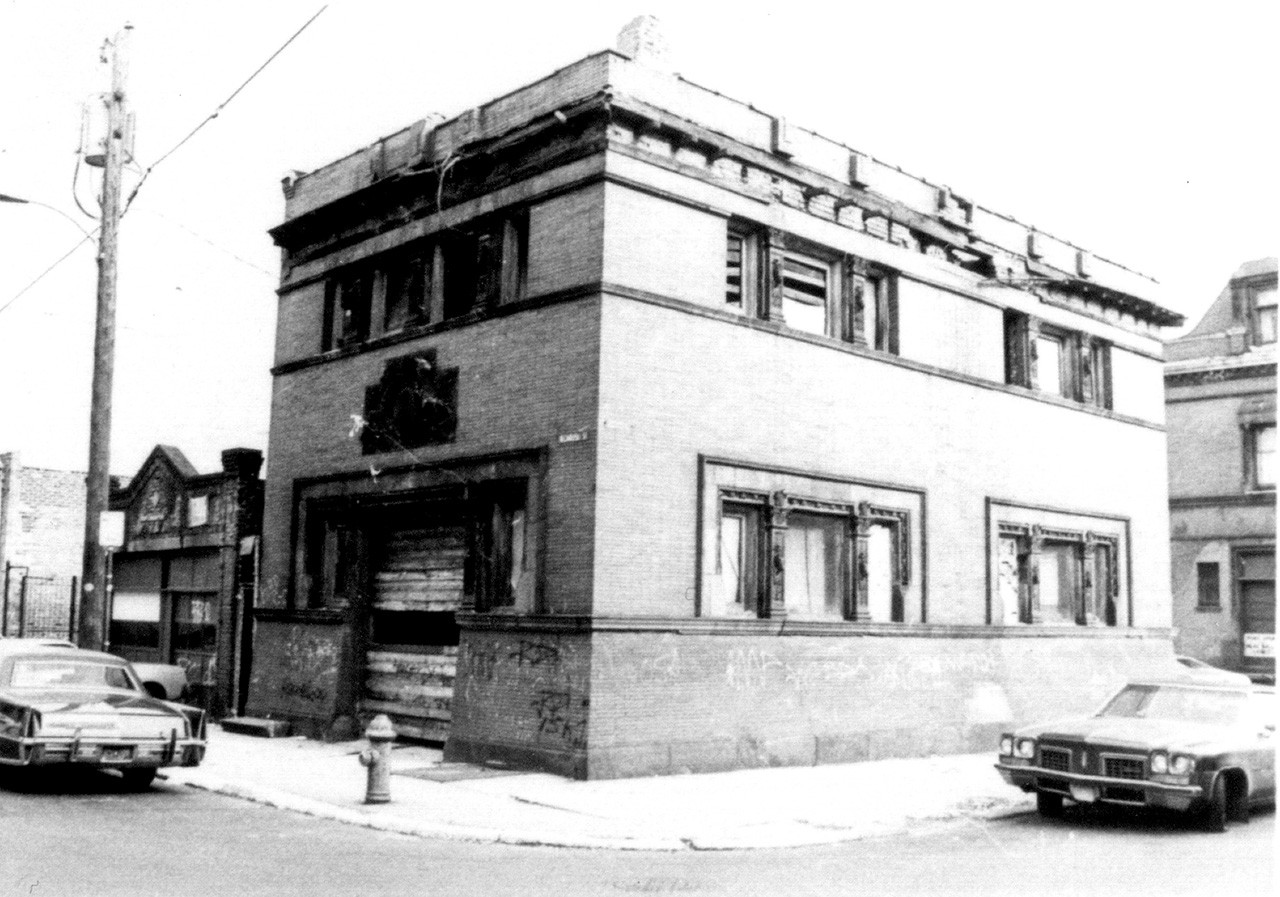 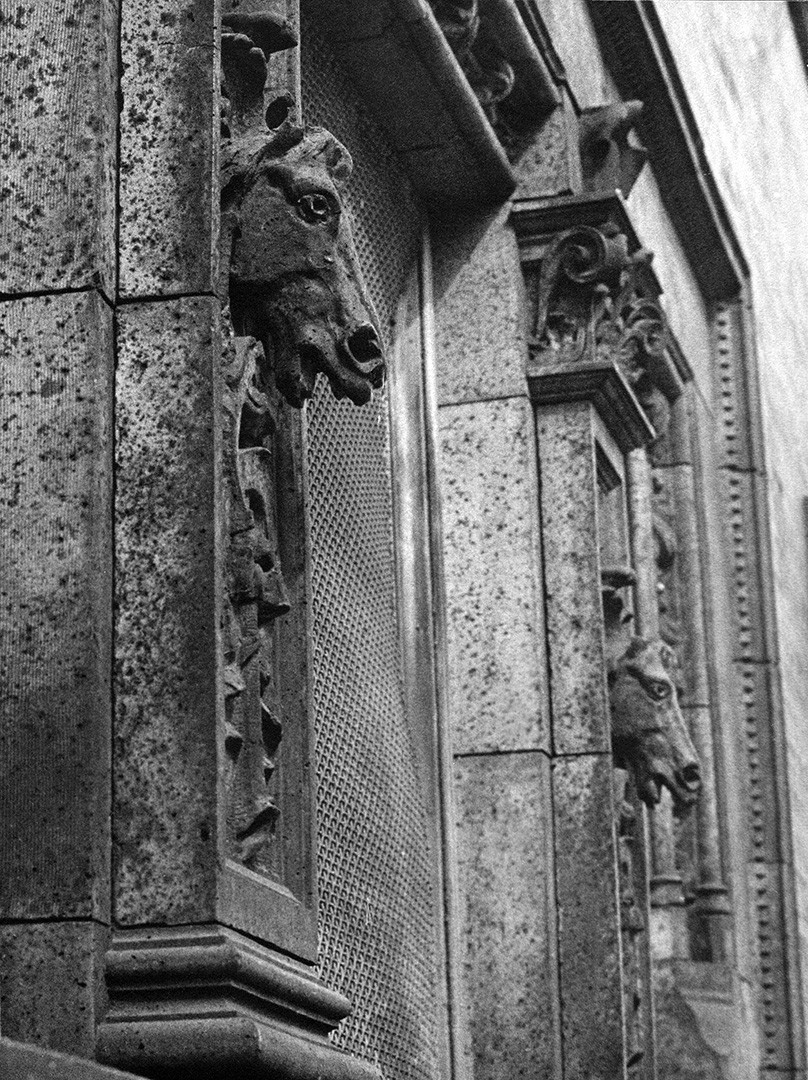 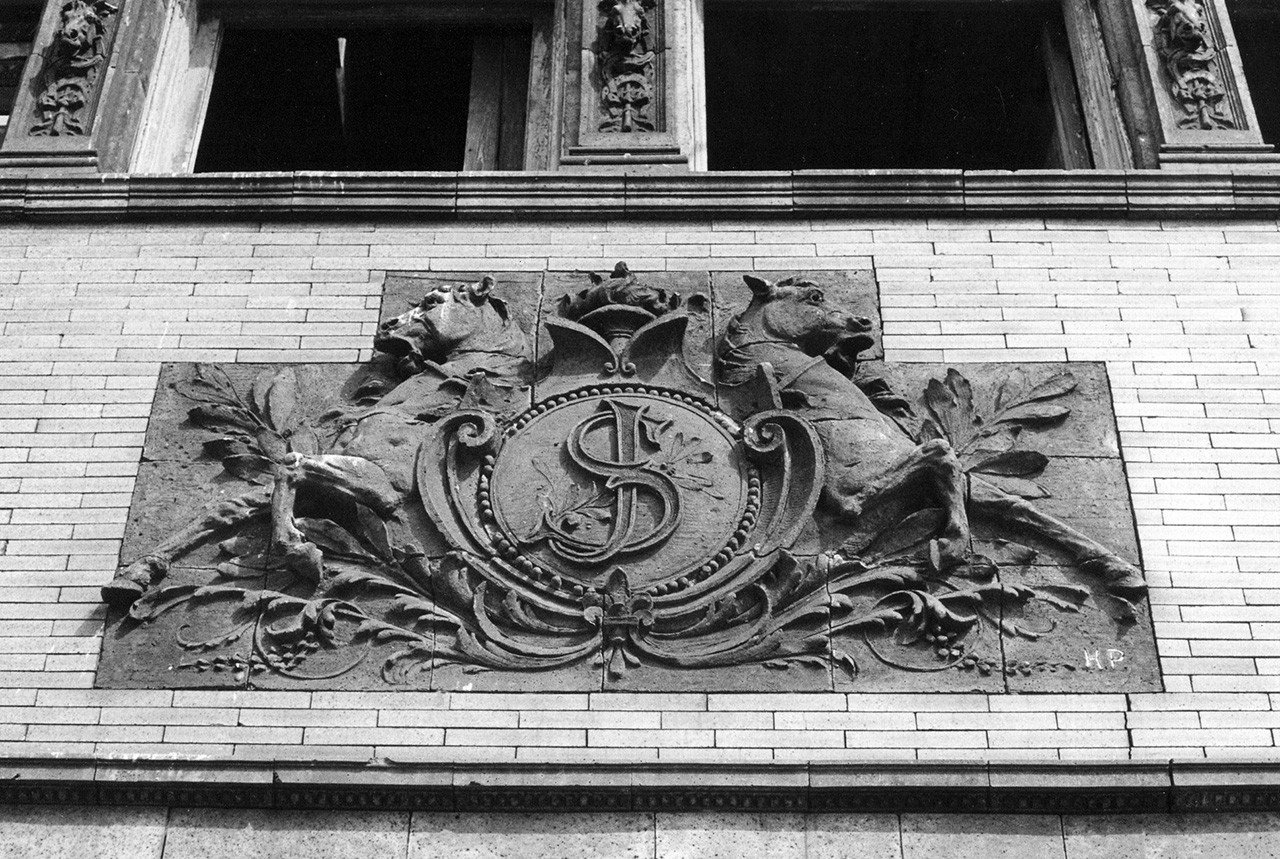 In 2013, the Greek Housing Alliance built student housing known as the Stafford Apartments in that lot. It is rumored that there is still a faint smell of apple pumice in the apartments.

Was there a secret underground passage?

Yes. A small tunnel ran from the basement all the way to the carriage house.

Can I still get a greasy slice at the Owl’s Nest or New Station Pizza?

No Greek Pizza for you! Both purveyors of bad pizza and Greek profanity are long gone. Et tu, George?

Is the house haunted?

If you’ve ever seen Poltergeist, you have reason to believe the house may be haunted. Monument Cemetery, which was just a stone’s throw away from the house, was purchased by Temple in 1955. To facilitate this deal, the City relocated the graves… and dumped hundreds of headstones into the Delaware River. In the 1990s and 2000s, after a number of reported “spooky” incidents, a paranormal research agency came to the house to find…

Did the house have a roof deck?

Yes. It was not only a glorious way to spend a day in the sun, but also an efficient way to collect a whole lot of rain water… inside the house. The deck was dismantled in the the 1990s and the roof was repaired at a cost of about $25,000 in 1994.

What happened to the front stoop?

With typical North Philly flair, a high speed car chase resulted in a Jerry Bruckheimer-esque demolition of the porch in 2016. The steps and porch were rebuilt to historical standards under the auspices of the Historical Commission in 2019.

Did a brother really fall from the the third story roof and survive?

Yes. Although “survive” is a strong word. When EMTs arrived on the scene to check his condition, they asked him, “who is the president?” To which he responded, “Mr. Pat McGurk, Sir!” (The name of the chapter Rex.)

The PA Alpha Delta chapter has had several residences over the years, proving that on Temple’s campus “the house that leads” is wherever the chapter calls home. 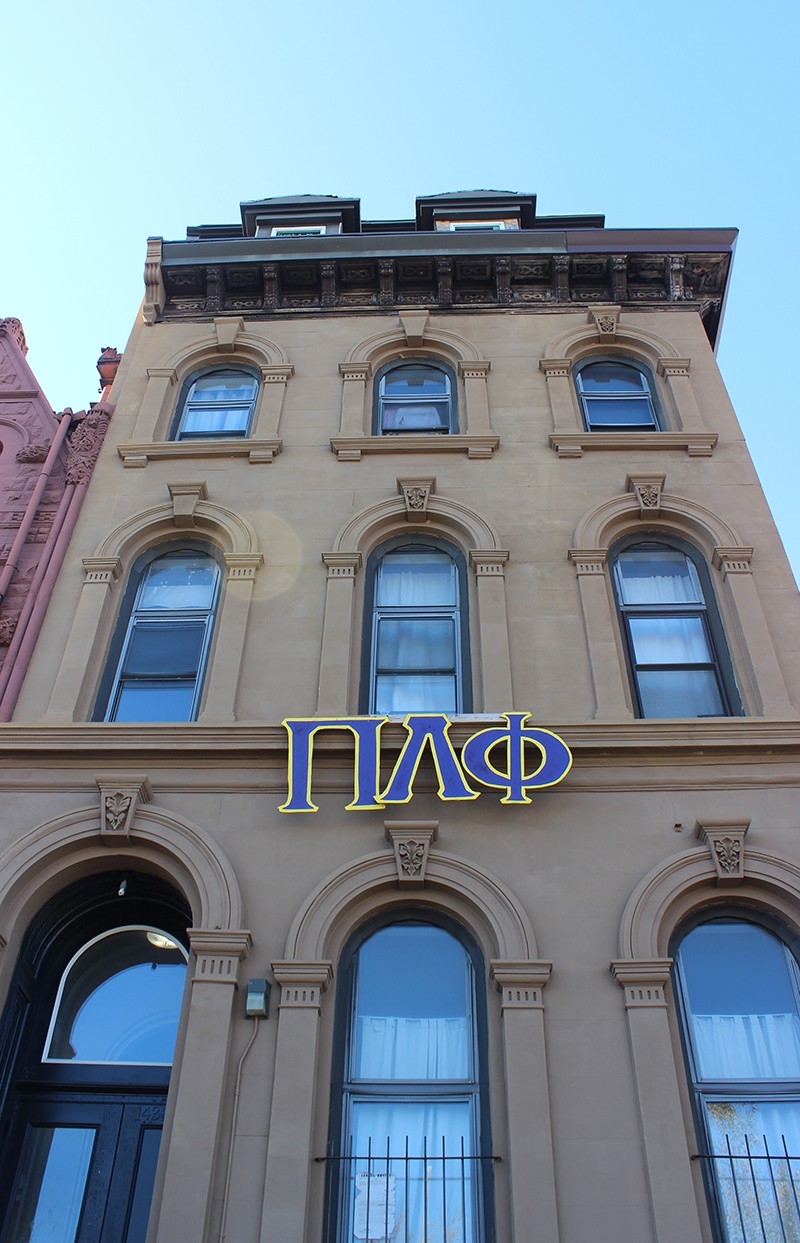 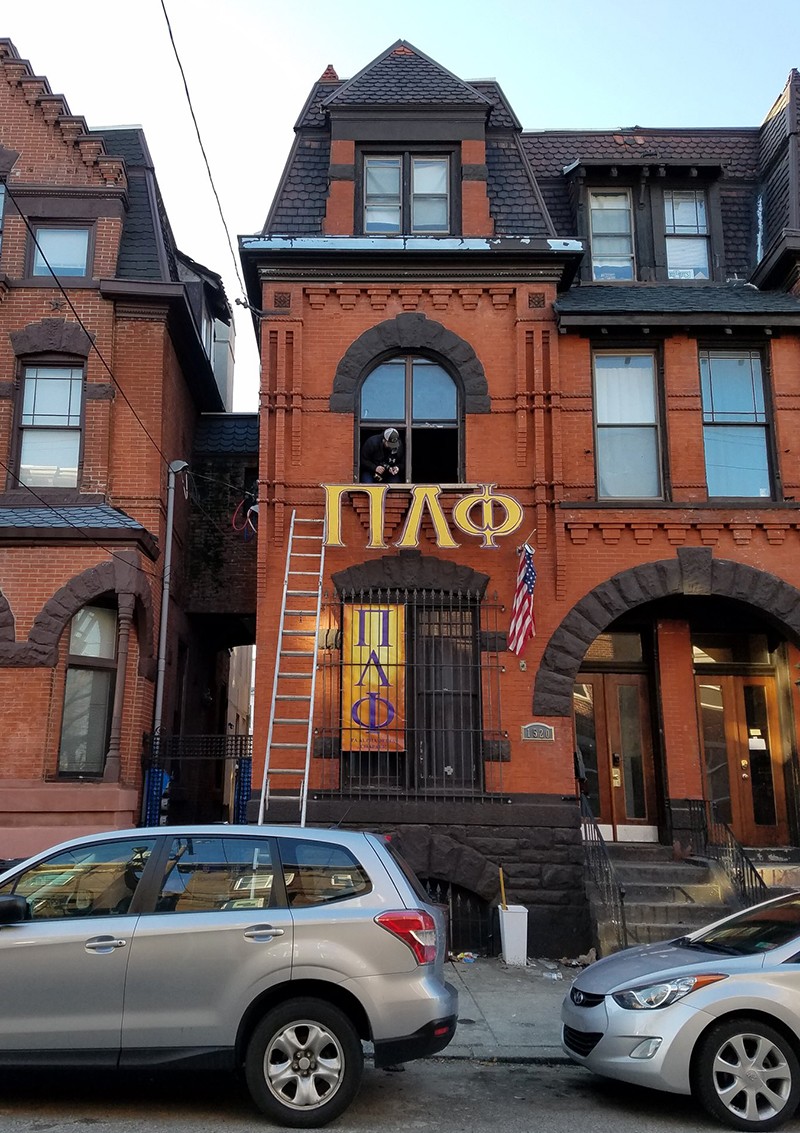 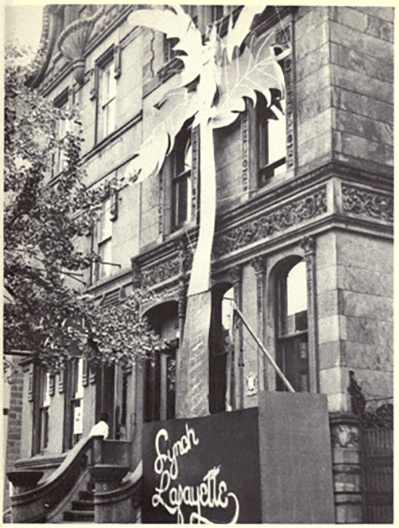 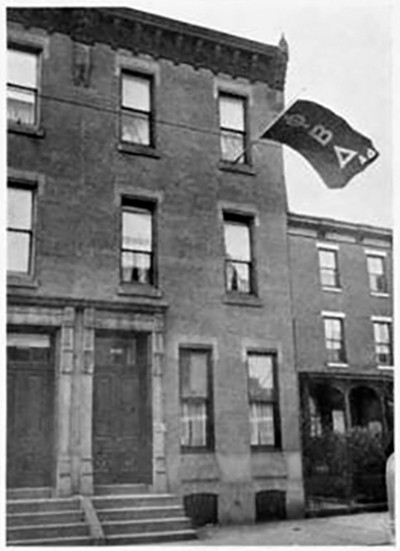 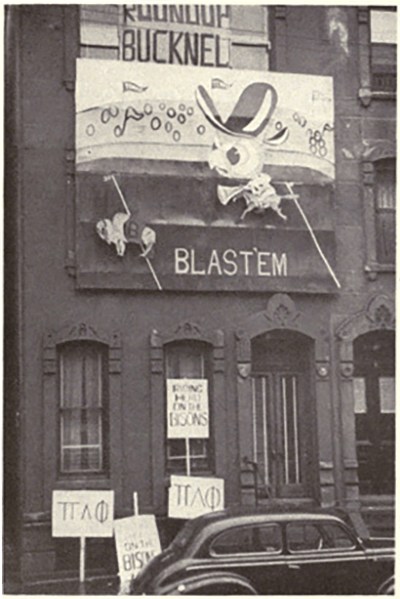